Visit the City of Waite Park

Waite Park: incorporated as a village on March 20, 1893. Waite Park was named after Henry Chester Waite of St. Cloud, who was a local landowner, attorney, statesman, and entrepreneur. Mr. Waite moved to Minnesota from New York in 1855 and became St. Cloud’s first attorney. He was a member of the state constitutional convention in 1857, a representative in the legislature in 1863, and a state senator from 1870 to 1871 and again from 1883 to 1885.

The actual development of Waite Park began in the 1840’s as travelers crossed the Sauk River between St. Paul and Breckenridge at a place which became known as “Waite’s Crossing”. As the population of the area increased ox cart trails were upgraded to wagon trails and later to stagecoach lines. In 1890 James J. Hill, railroad tycoon, purchased 300 acres of land which became home to the Great Northern Railway shops, built between 1890 and 1891. The first street to be platted in Waite Park was 3rd Street, also known as Rockville Avenue. Early employment in Waite Park included jobs with the Great Northern Railroad, granite quarries, and various public and commercial opportunities. 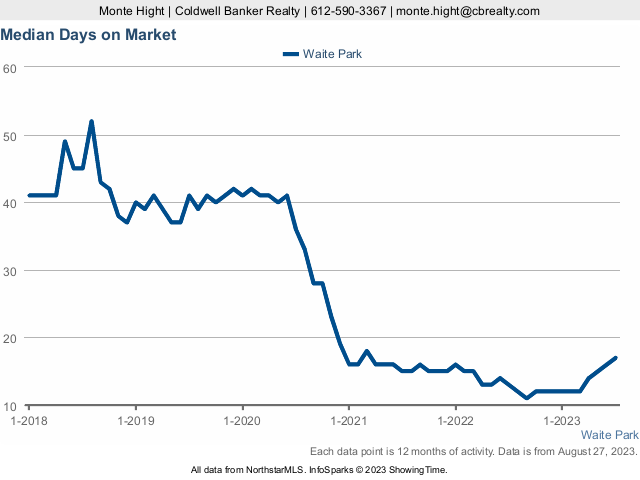